Raising its bar for the triumph more and more by interconnecting its wide wide flight network that sweeps the continents with the unrivaled geographical advantage of Turkey, Turkish Cargo now incorporates all of its air cargo transportation operations in SMARTIST, the Mega Cargo Facility.

Having moved the cargo operations, it carries out by means of the passenger flights, to the Istanbul Airport following its opening in April 2019, Turkish Cargo remained to continue its freighter operations at the Ataturk Airport. Since its infrastructure has been made available entirely, the air cargo brand moved also its freighter operations to its Mega Cargo Facility at the Istanbul Airport by means of a relocation operation that took 72 hours. Having said goodbye to the Ataturk Airport by such a massive relocation, Turkish Cargo will from now on carry out all of its operational processes as based in SMARTIST, the new hub for the air cargo logistics. Turhan Ozen: “With SMARTEST, our new home, we are ready for the future more than we have been ever before.”

Regarding the start of the full-capacity operation of SMARTIST, Turhan Ozen, Chief Cargo Officer of Turkish Airlines, remarked as follows; “During the last 3 years, we carried out a highly substantial operation in both of our hubs. While we made use of our freighters at the Ataturk Airport, we benefited from our passenger aircraft and the paxfre* capacity at the Istanbul Airport. We performed approximately 30 thousand flights, 23 thousand of which were performed by making use of our freighters and 6 thousand of which were by paxfre, and we transported more than 4 million air cargo shipments, 2.5 million tons of which were transported from/to the Ataturk Airport and 1.8 million tons of which were transported from/to the Istanbul Airport.

Now, we are gathering the air cargo operations which we have been carrying out triumphantly on “dual hub” basis without compromising our service quality, under a single roof at the Istanbul Airport. Thanks to SMARTIST, our new home with all of its processes equipped with autonomous and robotic systems, we as Turkish Cargo, the air cargo bridge of Turkey, are now ready for the future more than we have been ever before.”

It will be the new hub for the global logistics

SMARTIST, which is designed to serve as the biggest industrial building under a single roof at the Istanbul Airport, will achieve an annual capacity of 4 million tons at an area of 340.000 square meters upon the completion of all of its phases. The facility, equipped with the smart technologies such as Augmented Reality, Automatic Storage Systems, Robotic Process Automation and Unmanned Ground Vehicles, will take the unique service quality of Turkish Cargo much further in respect of operational speed and quality. The mega facility will also highlight the intercontinental location of Istanbul and serve as a gate that is excellent for the trade between the East and the West. Thus, it will be ensured that Istanbul becomes the logistics center in the world by directing a major portion of the air cargo traffic in the world to the new Hub at the Istanbul Airport.

Relocation of 4125 equipment of 80 various types

As part of the ultimate relocation operation, monitored simultaneously by the senior executives of Turkish Cargo, TGS and the moving company at the Relocation Control Center established at the Ataturk Airport, 160 services were performed by 50 trucks. During the operation whereby the trucks covered a distance of approximately 16 thousand kilometers, corresponding to the distance between Turkey and New Zealand, 4125 equipment of various types, owned by TGS and Turkish Cargo, were relocated from the Ataturk Airport to the Istanbul Airport.

A goodbye flight to the Ataturk Airport

Turkish Cargo aircraft, which have departed for the last time from the Ataturk Airport, which has hosted Turkish Airlines, the flag carrier of Turkey for 89 years, landed at the Istanbul Airport upon the completion of their international routes. Following the massive relocation, Turkish Cargo said goodbye to the Ataturk Airport by means of its ISL-KRT (Ataturk Airport – Khartoum, Sudan) flight, numbered TK6455, which was operated by Airbus 330F aircraft.

*Paxfre; a cargo flight operated by a passenger flight without any passenger on board

Performing air cargo operations to more than 340 destinations, 98 of which are cargo destinations, in 132 countries around the world, Turkish Cargo offers services with its fleet of 371 aircraft, 23 of which are freighters, at its hub in Istanbul that connects the continents to each other and has strategic importance. Turkish Cargo, the fastest growing and developing air cargo brand of the world, aims to become one of the top 3 air cargo brands in 2023. For more information, please visit www.turkishcargo.com.tr 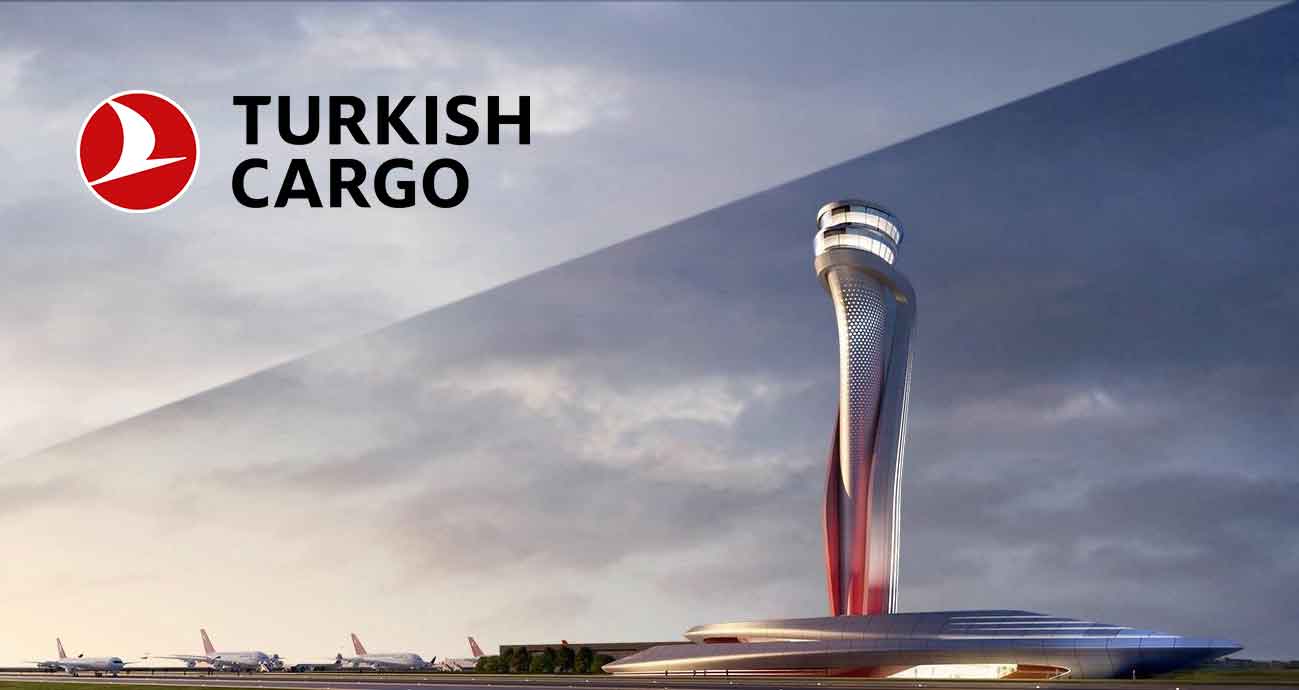