Peter has had a career spanning 50 years in the international freight forwarding and logistics industry and is now spending the majority of his time providing advice and support to various organizations through his consulting company based in Atlanta GA.

He was the former Chairman and Chief Executive Officer of Universal Air Cargo Pty Ltd., (sold to AMI- Air Menzies, 2008) an international wholesale air cargo company that had operations in the United States, Asia, Australia and New Zealand.

Prior to purchasing Universal Air Cargo Pty Ltd. in 1987, Mr Whitfield had an equity position in a major Australian Freight Forwarder and Customs Agency. He also founded a business in New Zealand prior to moving to Australia in 1978. From 1966 to 1975 he was employed in various sales management positions with air cargo and forwarding companies in New Zealand, the UK and Australia.

Peter has been also heavily involved in government contract logistics being the founder and former CEO and President of Final Mile Logistics, an international logistics operation and government contract vendor. He has extensive knowledge and success with moving freight into hostile areas such as Africa, Afghanistan, and Iraq.

He studied Commerce and Administration at Victoria University in New Zealand and has financial interests in the wine, digital animation, biofuels, and computer peripheral industries.

Peter has extensive industry experience in all areas of operations, sales, consulting, neutral airfreight wholesale, and procuring military contracts and understanding the process of government bids for service. 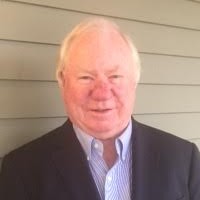