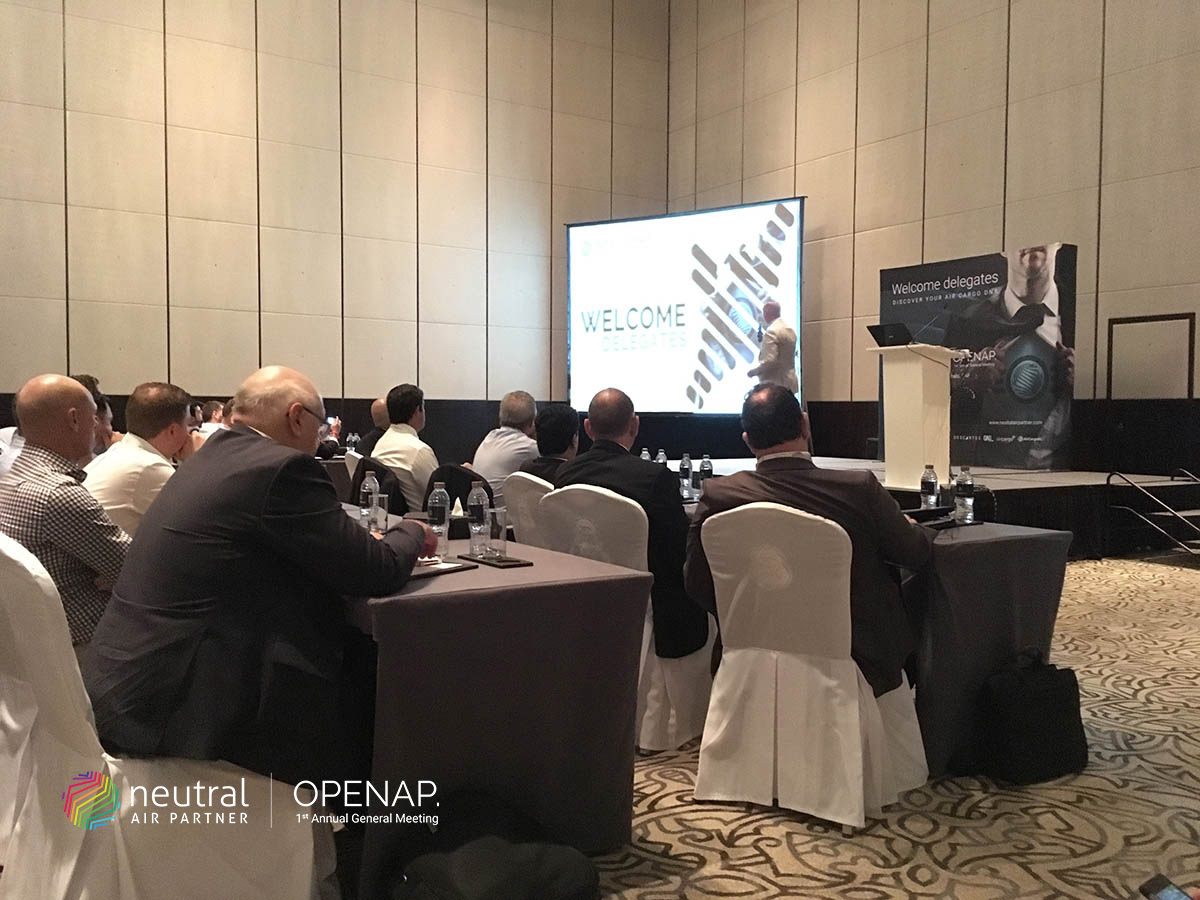 The first 15 years of the century have not been kind to the air cargo industry – but there could be better times ahead, the Neutral Air Partners (NAP) global meeting in Abu Dhabi  has heard.

Neutral Air Partner, the premier global network of leading air cargo architects and aviation specialists, has recently concluded its 1st year of networking success. The OPENAP event was held on September 25-28, 2016 at the luxurious St. Regis Saadiyat Island Resort, Abu Dhabi, UAE. This enabled over 100 delegates from all over the world, to meet experts from the entire air cargo supply chain that came together to explore partnering opportunities with like-minded people, to jointly develop innovative air cargo products and services, and to acquire extensive knowledge from industry’s professionals. 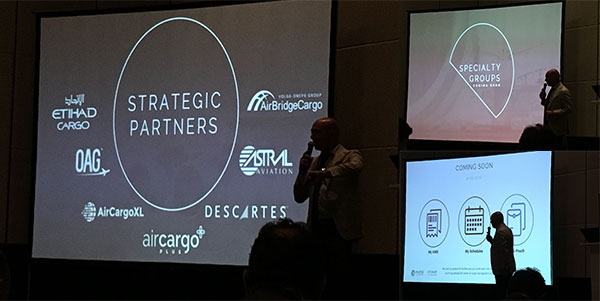 CEO and founder Christos Spyrou presented the NAP project with a detailed overview regarding it’s objectives, benefits for the members, the innovative air cargo community tools and what is coming soon in the world of NAP air cargo networking. Etihad Cargo, Air Bridge Cargo, Astral Aviation , Acex ,OAG ,Descartes ,shared some insights with a lot of useful information regarding the challenges and the future of the air cargo industry.

Airline and forwarder delegates to the first ever NAP gathering learned from Etihad Cargo Airlines commercial director, Roberto Casabianca that during that period, air cargo’s share of the global freight market by turnover dropped from 2.4% to 1%, while more than 5m tonnes of cargo shifted from air to ocean, particularly textiles and food.

Overcapacity on a number of routes had already led to the grounding of more than 90 large freighters, he said.

However, he added, economists now expect global GDP to double by 2030, driven by emerging markets, and the industry will benefit from a corresponding rise in cargo turnover.

His assessment was echoed by AirBridgeCargo (ABC) vice-president George Biwer, who said the Russian’s carrier’s own research pointed to global GDP growth recovering to around 3% a year again in 2017-18 following the worldwide drop seen during the last few years of economic crisis. ABC’s own forecast growth for the airfreight industry as a whole was 2%-2.5% per year.

However, only the “fittest” companies would survive, and there would continue to be a slow but steady reduction in freighter operators and decelerating growth in freighter capacity, said Biwer. This though would have the benefit of narrowing the supply/demand gap and lead to the stabilisation of yields, followed by an uptick in the industry’s fortunes.

His compatriot, head of the ACEX Russian worldwide logistics alliance, Miroslav Zolotarev, agreed, saying that the situation was stabilising compared to the same period last year. Air cargo turnover growth in FTK and tonnage terms has been seen in Russia, at least, he said.

Airfreight demand is at least much less ‘elastic’ than for the ocean freight, where there had been a fall of 30%-40%, he suggested. Products that historically have gravitated to air cargo will stay there and the fact that airfreight volumes had been relatively well preserved and even begun to show signs of growth suggested that the industry’s market share has not in fact decreased in line with the overall world economy.

However, it would be premature to suggest that airfreight is on the verge of a major boom, Zolotarev warned. Competition is still severe, the world economy is only slowly recovering from the crisis and there has not yet been any significant increase in cargo turnover, he said.

There is also considerable regional variation in market growth, added Sanjiv Gadhia, chairman of Kenya-based carrier, Astral Aviation. He said that while airfreight in West Africa had dropped by 20%, at the same time the domestic East and South Africa markets showed a 15% increase.

According to the speaker, the share of foreign carriers on international routes to and from Africa is 80% and even on intra-African routes it was 40%. 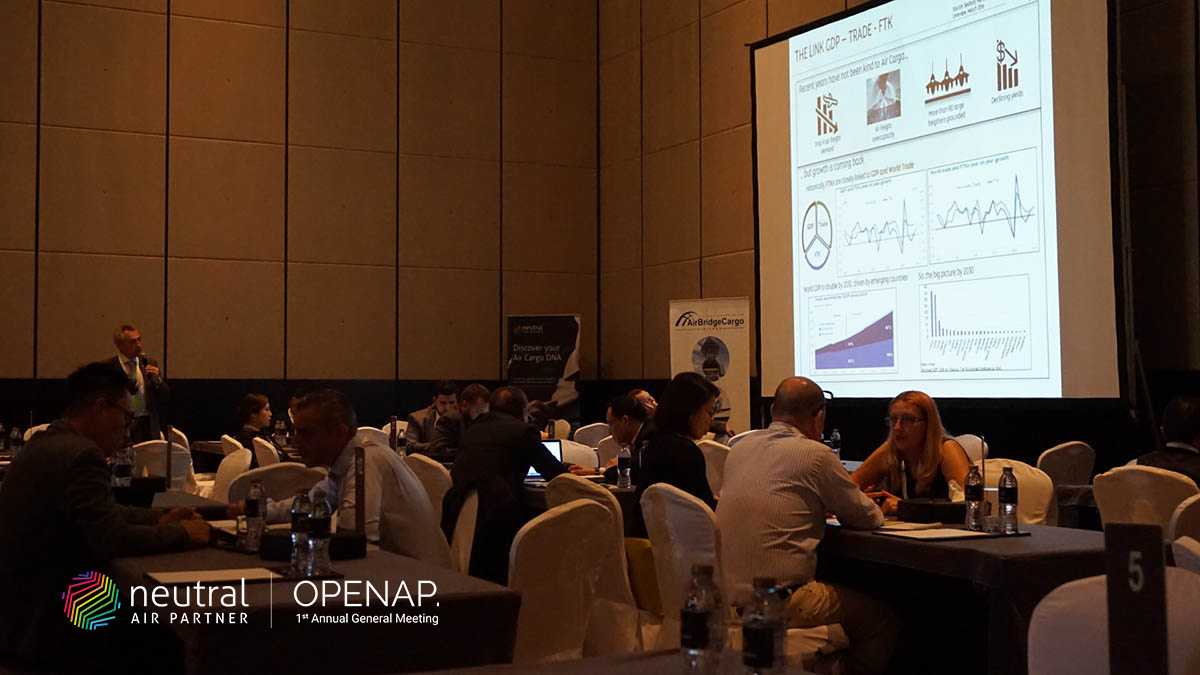 Paul Ritchie, from flight information company OAG, pointed to the surge in passenger carriers that also carried freight. The number of the regular passenger airlines transporting freight grew tenfold during the last 30 years, reaching 1,303 carriers by 2015, while the number of cargo airlines performing scheduled flights had dropped to just 46 carriers, he said.

Since the early years of the century, airlines had formed passenger alliances such as SkyTeam and StarAlliance which had allowed them to increase seat utilisation through cooperation and code sharing.

The airfreight market was now following in its footsteps by also creating associations and forming alliances, and the expanded number of interline agreements had helped stabilise load factors.

It was also necessary, he said, to take advantage of rapidly developing technology and electronic data exchange not only between air carriers but also between carriers and other entities like sales agents, ground handling agents or forwarders. 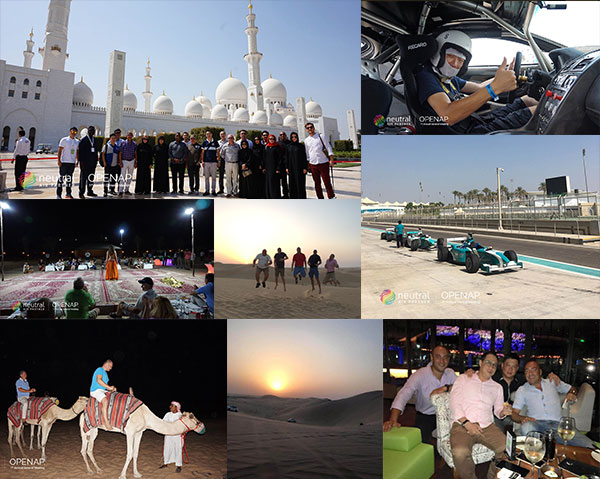 Delegates went to a city tour followed by an authentic Arabian lunch. During the afternoon guests experienced a 4×4 Jeep desert safari and a luxurious desert camp Cocktail and dinner with belly dancers, camel ride , and much more. It was a moment filled with fun and laughter. Our guests experienced a unique driving experience at the Yas Marina Circuit with a Formula 1 YAS 3000 and an Aston Martin car, followed by a tour at the Ferrari World and a dinner party at the IRIS Yas Marina bar restaurant.