Neutral Air Partner’s Christos Spirou talked to the Air Logistics International Editor about the rationale behind the group – and what lies over the horizon.

Describing Neutral Air Partner isn’t easy. The company’s website arguably best sums up the group’s activities as that of being the premier global network of leading cargo architects and aviation specialists. Something of a mouthful, perhaps, but it does at least explain what the group does.

And the word “group” is well chosen: mustering around 230 members, this is something of a select club. As Spyrou explains, membership tends to be by invitation only, assuming the party in question (which can range from consolidators, GSAs and charter brokers, time critical, express and e-commerce specialists, through freight forwarders and logistics services providers to carriers) can tick the manifold boxes on the e-registration procedure.

“Since the word logistics became trendy, the industry has lost its identity as far as air cargo specialisation is concerned. Our group is concerned more about quality rather than quantity,” says Spyrou of his membership. “It’s difficult to join and applicants need to be able to demonstrate expertise. I suppose that we are considered an expensive network but then we do offer great benefits. We are looking for growth, too, but it’s not our intention to become a mega general logistics network, where experience, business specialisation and financial situation is not addressed.

“We have an international presence in 85 countries and we’re seeing 35-40% growth per annum.”

A question of environment

There’s freight running through Spyrou’s DNA: his father was the Cargo Manager of Olympic Airways Cargo back in 1957, and afterwards established the oldest IATA air cargo agency in Greece, representing historical global firms including Air Express International, Emery and Amerford. In his own words, he grew up in a cargo environment.

Spyrou was working in China from the late 1990s, when he was struck by the procurement model that was in use there; so much so, that he adopted the concept, with a view to building up his own network of experts. He established Air Cargo Group and NAC Consolidators, an Asia-based neutral airfreight wholesaler. Spyrou sold the company in 2011, and after four years of being involved in consulting for advanced airfreight consolidation management to a global firm,  Since the word logistics became trendy, the industry has lost its identity he came up with the idea of rationalising the whole concept: and so Neutral Air Partner was born.

“There were thousands of companies in the arena and a platform was needed, and so with help I developed the software that would allow the filtering and refining of information, according to airline buying power, blocked space agreements, GSA/CSA information, trade lane and vertical expertise; this could then be accessed by the master co-loaders, freight forwarders and so on.

“The platform offers a comprehensive overview of the strengths and expertise of each partner and allows members to access all manner of information on a 24/7 basis,”  he explains with relish. As mentioned earlier, membership of this club, for want of a better word, isn’t free – and is subject to stringent qualifications. But in the world of freight, with its layers of formality and myriad elements, having a central platform from which to operate is of inestimable worth.

“Since the word logistics became trendy, the industry has lost its identity.”

“We connect all the individuals from the entire air cargo supply chain,” Spyrou says simply. “We also have built up an extensive knowledge of other sectors, which helps the overall product, and an automated payment protection system between our members, which we think is vital in such a complex environment.

“Our aim has been that of establishing the various categories in each geographical region. One global brand is how we project ourselves. We have our own express wholesale rate platform, Air Cargo XL, an advanced airfreight rate engine and consolidation management, and we conduct global volume incentive agreements with airlines, for example. Today, we’re in 85 countries and penetration is good, although one or two areas, like Japan, the Nordics, the CIS and Russia still need pushing.

“We’ve even created our own virtual airline and neutral African logistic solutions platform, that of Aero Africa, to try and create real value in the harder to reach places.”

Spyrou adds that the group is also developing products for Latin America and other emerging markets; he freely admits, though, that some in the business have their own global presence or networks and so are less interested in what he is doing. That said, there is literally nothing in the marketplace quite like Neutral Air Partner; there are hundreds of logistics networks, yes, but what Spyrou has built up can be considered unique. As he relates, his aim was one of bringing air cargo expertise back into the business.

Like most working within the freight sector, Spyrou sees plenty of challenges all around. His chief wish is one that is shared by many other cargo executives, however.

“Digitalisation. We are still producing too much paperwork and it’s my desire that one day things will change. The problem is partly that cargo is compared with the passenger traffic business, but this is wrong. For example, we have security issues – security processes are constantly changing, which is something we have to keep up with, and different customs regulations from airport to airport.

“Then there’s the special procurement model. Procurement models differ from country to country, especially in Asia, and often you have no option but to look at the origin (of the transaction) and to source for each type of shipment the right master co-loader who holds a blocked space agreement with a specific airline and is providing guaranteed space and significantly lower rates than offered by the carrier. Whereas the sales process could be digitised effectively, doing the same with procurement would be much more difficult. Neutral brokers, blocked space agreements, equalisation systems, volume and density discounts, consolidation mix issues and so on all combine to make this a challenge. Ultimately, information in this business is vital but if, say, a shipper’s information is incorrect, then the whole thing falls apart.

“I’ll be honest – I’m not optimistic about seeing a big change short term but we are trying. It’s a step by step approach.”

Another, less expected, topic that he flags up is that of the education of the workforce.

“Without wishing to sound derogatory, the average employee in the logistics and freight forwarding community isn’t necessarily very well educated. This may sound harsh but all these people do is arrange for cargo to be moved from A to B. Staff turnover is a huge problem in this sector – in Asia it’s as high as 30%.

“Then there’s the subject of mergers and acquisitions. Whenever a couple of the big boys decide to combine forces, a merger can lead to the formation of hundreds of new start-ups. Technology has allowed this to happen: you can set up shop with zero assets these days and so it’s a cheap undertaking. But still, the end goal remains that of building up a network – and that’s the difficulty.”

“The carriers have learned from past mistakes,” he avers. “They’re getting smarter, and not losing so much as before. There is more capacity ahead due to the passenger traffic increase and e-commerce, of that I’m sure. I see commerce booming but it’s not simply a case of e-commerce, though. Where you have a retail operation offering free returns, that is surely going to boost volumes.

“Then there’s the pharma and perishables sector – this is definitely getting more important and is still growing. (Readers may like to note that in 2014 this sector accounted for a third of global trade in terms of value but just 1% in respect of volume). Perishables is driving the market, I feel; you only have to look at Africa, with its exports of flowers and fish from places like Kenya and Tanzania, for example. The perishables market, in combination with the African continent’s growing economy, has created new trade opportunities for general cargo from Europe back to Africa, taking advantage of the aircraft’s empty leg return. In China you can order online an Australian beefsteak or a New Zealand lamb, that arrives, temperature-controlled, on your doorstep the next day. With all this activity, it’s an interesting time.”

Given that this enterprise is but three years old, it has come a long way. There remains more to be done, as Spyrou would be the first to point out, but he is building on a firm foundation, something that the sector has been in need of for a long time. 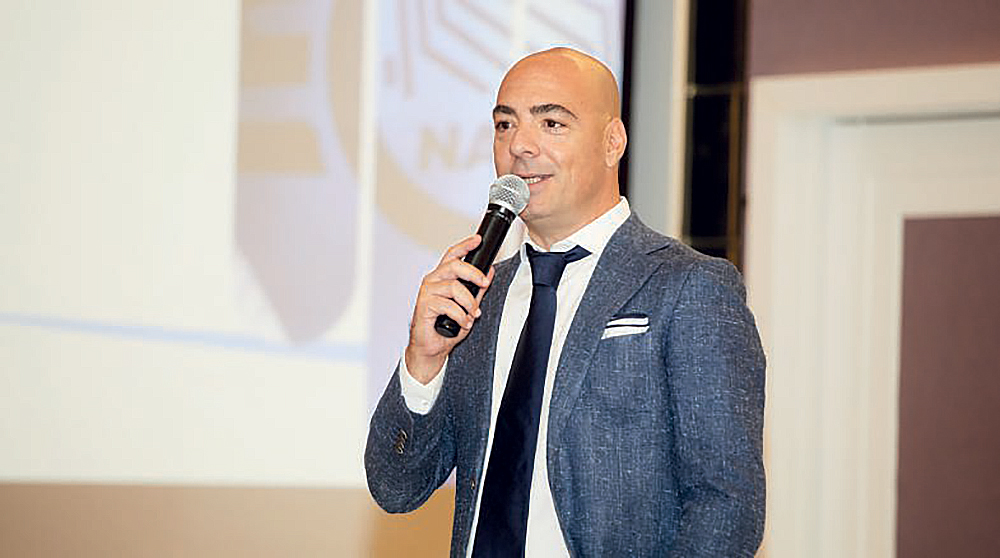